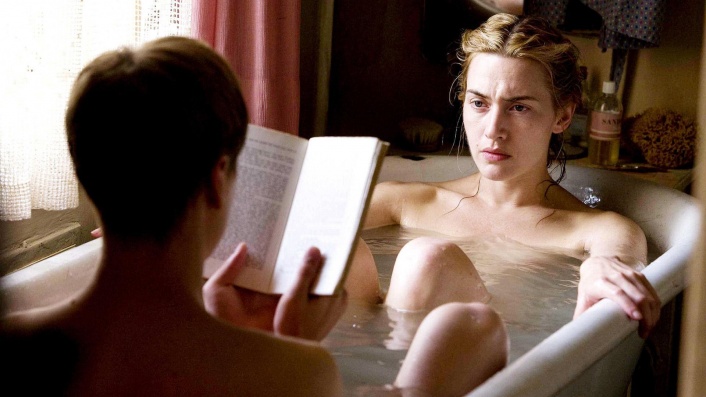 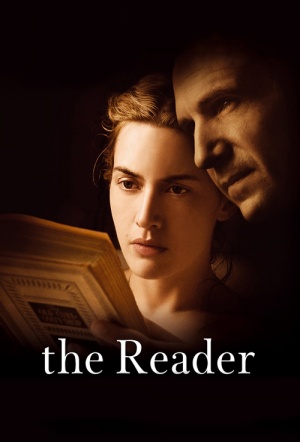 The Reader opens in post-WWII Germany when teenager Michael  becomes ill and is helped home by Hanna (played by Kate Winslet, in her Oscar winning performance), a stranger twice his age. Michael recovers from scarlet fever and seeks out Hanna to thank her. The two are quickly drawn into a passionate but secretive affair.

Michael discovers that Hanna loves being read to and their physical relationship deepens. Hanna is enthralled as Michael reads to her from The Odyssey, Huck Finn and The Lady with the Little Dog. Despite their intense bond, Hanna mysteriously disappears one day and Michael is left confused and heartbroken.

Eight years later while Michael (now played by Ralph Fiennes) is a law student observing the Nazi war crime trials, he is stunned to find Hanna back in his life - this time as a defendant in the courtroom. As Hanna's past is revealed, Michael uncovers a deep secret that will impact both of their lives.

Stephen Daldry's film is sensitively realized and dramatically absorbing, but comes across as an essentially cerebral experience without gut impact.

The film is neither about the Holocaust nor about those Germans who grappled with its legacy: it's about making the audience feel good about a historical catastrophe that grows fainter with each new tasteful interpolation.

The crucial decision in The Reader is made by a 24-year-old youth, who has information that might help a woman about to be sentenced to life in prison, but withholds it. He is ashamed to reveal his affair with this woman. By making this decision, he shifts the film's focus from the subject of German guilt about the Holocaust and turns it on the human race in general.

Bloodless adaptation of a good novel is almost rescued by Winslet at her best.

It is only, frankly, the strength of Winslet's performance that rises above conventional surroundings and makes The Reader the experience it should be.

An engaging period drama. But German postwar guilt is not the most winning subject matter for the holiday season.

As both an intellectual and emotional experience, this perfectly realised movie is one that will stay with me for a long time.