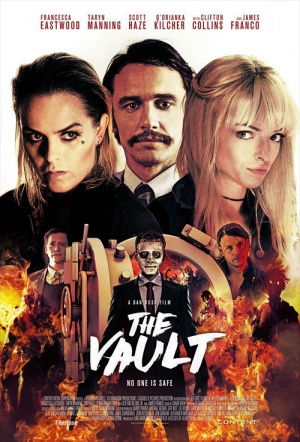 Two sisters rob a bank in order to free their brother (James Franco) of his debt in this heist movie with a supernatural twist from the director of The Signal.

In order to save their brother Michael’s (Franco) life, the Dillon sisters, Leah (Eastwood) and Vee (Manning) have organised a bank robbery, but when the upstairs vault doesn’t have enough money to cover Michael’s debt, they drill into the downstairs vault. But the bank’s basement hides a terrible secret and before long, the Dillons have to choose whether to face the police outside or the terrible supernatural forces in the vault below.