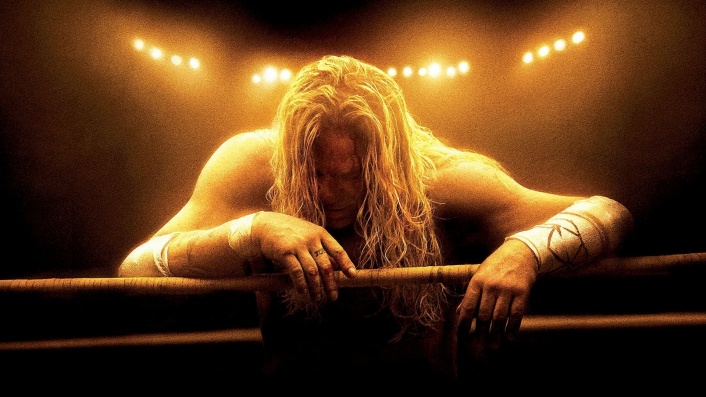 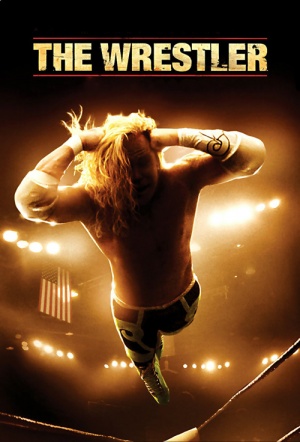 The great Mickey Rourke (who won the BAFTA and Golden Globe for this role, but cruelly missed the Oscar) returns as broken down grappler Randy Robinson. Directed by Darren Aronofsky (Requiem for a Dream, The Fountain), The Wrestler won the Golden Lion at Venice Film Festival.

Randy's glory days in the ring are long gone. Old, alone and estranged from his only daughter (Evan Rachel Wood), he now works the independent wrestling curcuit. After a heart attack, he's told by doctors to stop wrestling. But for Randy, life outside the ring can be more burtal than in it. Marisa Tomei stars as his companion, a stripper similarly well past her prime.

Aronofsky’s most authentic film refuses to ridicule the amateur wrestling circuit, while Rourke’s portrait of a has-been will surely be the comeback of the year.

Like its hero, the movie has a blunt, exuberant honesty, pulling off even its false moves with conviction and flair.

He goes looking for part of his past, but the result is a cliched and implausible subplot. It's a shame that the price of seeing one of the truly great performances of this or any year is sitting through the dross that contains it.

So much more than you might imagine, and with a powerhouse performance full of such vulnerability, gut honesty and tenderness from Mickey Rourke this really is one of the films of the year.

The Wrestler doesn't add up. It's constructed with great care around a lead performance that is everything it could possibly be, but the picture itself is off-putting and disappointing.

Bolstered by a career-best performance from Mickey Rourke and outstanding work by Marisa Tomei and Evan Rachel Wood.

An emotional smackdown. Rourke’s never been better, and the change of pace and texture suits Aronofsky perfectly. The Raging Bull of wrestling movies? Oh, go on then.

I liked this film immensely. I like the way that it has for ever raised the bar for what a sports biopic can be, the way it tells a noisy story with moments of great quietness and insight.