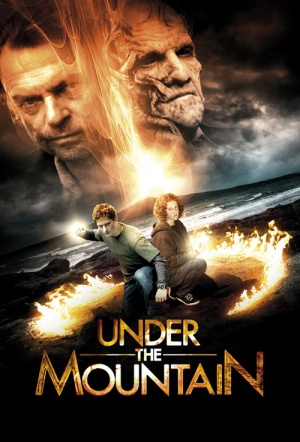 Black Sheep director Jonathan King adapts Kiwi novelist Maurice Gee's classic tale for the screen. Teenage twins Rachel (Sophie McBridge) and Theo (Tom Cameron) investigate the spooky house next door, only to discover the Wilberforces – shape-shifting creatures, lead by Mr Wilberforce (Oliver Driver), that lurk beneath Auckland's ring of extinct volcanoes. With the help of the mysterious Mr Jones (Sam Neill) and their older cousin Ricky, the twins must rekindle the unique powers they once shared if they are to destroy this ancient evil.

Written in 1979, the novel has been made into a television series but has never made it to the big screen until now.

Under the Mountain / Reviews

Just when you thought the scariest thing about Auckland was the traffic ...

Manages to invoke nearly every genre cliche ever formulated by the lazy mind of man. The plot and basic concept behind the film defy comprehension, and one suspects that both were infinitely clearer in the novel, given the greater expansiveness available to that medium.

Under the Mountain / Trailers