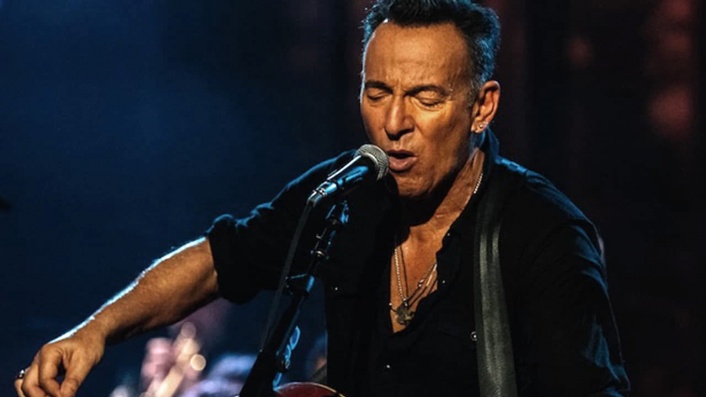 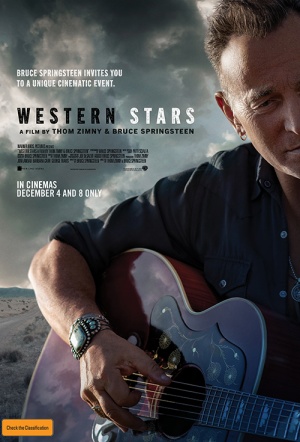 Concert film of Bruce Springsteen singing songs from his acclaimed 2019 album Western Stars, which Rolling Stone called his "most beguiling work ever". He's performed the album live only once, with an orchestra and for a private audience at his farmhouse, and this documentary captures that experience.

Springsteen's first studio album in five years, his 19th, Western Stars marks a departure for the legendary singer/songwriter while still drawing on his roots. Touching on themes of love and loss, loneliness and family and the inexorable passage of time, this documentary evokes the American West - both the mythic and the hardscrabble - weaving archival footage and Springsteen's live performance.

It's the cutaways between songs that stitch it all together with an emotional thread that charts its subject's struggles over the decades.

Now he's taken the reins as a movie director for a visual companion to his recently released, same-named album... that in its intimacy and honesty plays as if this is the way these songs were always meant to be enjoyed.

The energy here is controlled, the mood reflective. These character-driven songs are populated by the washed-up and the run-down - an aging actor, a hitchhiker - and the shared themes are remembrance and regret.

I have to admit to not being 100% sold on the cowboy-inflected songs, which feature quite a bit of dime-store sentimentality. But Springsteen is undoubtedly magnetic, his voice a honeyed growl.

Western Stars is not only a concert film presenting 13 Springsteen bangers, plus one great cover. Showcasing his charisma, wit, thoughtfulness and vulnerability, it emerges as a telling portrait of one of music's modern greats.

It is a beautiful film, undercut only by the conspicuous nature of Springsteen's coal-black hair (he's 70 years old, for god sake!) and his apparent penchant for bright orange make-up.

Both an intimate exploration of Springsteen's latest album of the same name and a deeper dive into his most pervasive compulsions.

The result, at once intimate and sweeping, should please both Springsteen completists and more recent fans when Western Stars rides into theaters October 25 - ideally those with sound systems worthy of the lush orchestral arrangements.