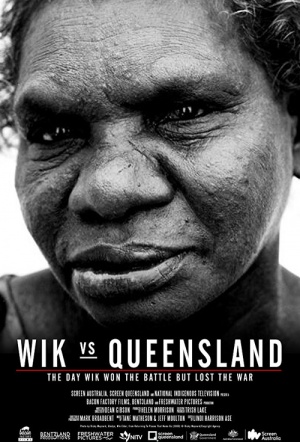 “This nationally significant decision caused rumbles throughout the country, shaking up politics, dividing Aboriginal leaders and causing a national media frenzy. Wik vs Queensland tells a very personal story of justice and struggle, with unique access to the key players of that moment in history, and never-before seen footage of the two (then) young lawyers, Noel Pearson and Marcia Langton.” (Sydney Film Festival)