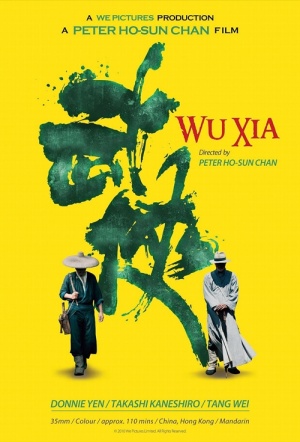 Chinese martial arts noir epic, set in the late Qing Dynasty (early 1900s). Liu (Donnie Yen) is a papermaker leading a simple life with his wife Ayu (Tang Wei) and their two sons. Into their remote village comes Detective Xu (Takeshi Kaneshiro) who is investigating the deaths of two bandits who died during a robbery. Xu realises that the incident was no ordinary botched robbery, and his dogged inquiry dredges up sinful, dark secrets of Liu's buried past. The detective becomes convinced that Liu's real identity is Tang Long - a runaway member or a murderous gang.