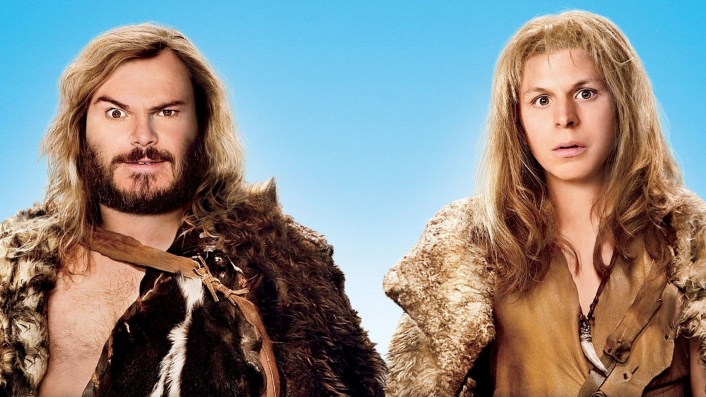 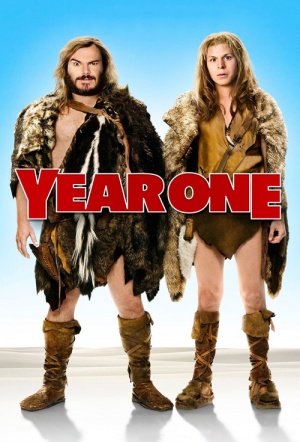 Prehistoric comedy with Jack Black as Zed and Michael Cera as Oh - cavemen in 1AD. Despite being banished from their village, the pairplan on making it big - Zed has a gut feeling he's been chosen by God to do great things. Starting their own tribe (the 'Muscle Tribe of Danger and Excellence'), Zed and Oh set off on an epic journey through the ancient world.

Unfortunately, their quest for glory hits a few snags, like being sold into slavery, and later becoming the object of interest to a very amorous, very hairy high priest (Oliver Platt) in the oppulent city of Sodom.

Directed by Harold Ramis (writer of Ghostbusters and Meatballs, and director of Caddyshack and Groundhog Dog).

Twenty times longer than its (excellent) trailer, and with about the same number of decent jokes, this underachieving effort boasts another brilliant Michael Cera performance, plus Jack Black licking a turd. Or is he polishing it?

There is no real plot either; instead the narrative seems designed to get this prehistoric pair from one funny sketch to the next, which sometimes works and sometimes doesn't.

A lot of comedic talent founders in this new Harold Ramis comedy that doesn't exactly recall his glory days of "Caddyshack" and "Groundhog Day."

Unless you pine for second-tier Mel Brooks, you’ll find more laughs in the Old Testament itself.