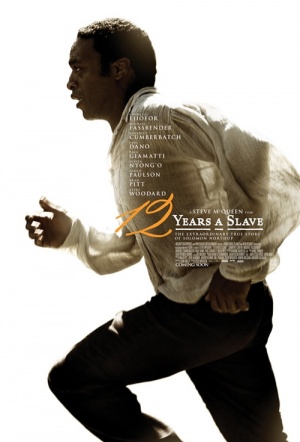 Waking up after a night with fellow musicians to find himself in irons, Northup undergoes a savage beating before he's even able to understand his plight - that he's been drugged and lured into the clutches of illegal slavetraders. Shipped to New Orleans and sold to a plantation owner, as Northup continues to suffer grotesque physical and psychological abuse he realises the gravity of his situation. While determined to return home to his family, Northup is forced to keep his head down in order to minimise punishment, hiding his educated past and biding his time to escape. But after a confrontation with a racist carpenter (Paul Dano), Northup finds himself sold to brutal, volatile plantation owner Edwin Epps (Michael Fassbender) and his struggle becomes not one of escape but simply survival.

This epic account of an unbreakable soul makes even Scarlett O'Hara's struggles seem petty by comparison.

Visceral, vital and anchored by its earnest performances, this is a potent portrait of a shameful historical truth.

The cumulative emotional effect is devastating: the final scenes are as angry, as memorable, as overwhelming as anything modern cinema has to offer.

[Its] genius is its insistence on banal evil, and on terror, that seeped into souls, bound bodies and reaped an enduring, terrible price.

A tough, soul-sickening, uncompromising work of art that makes certain that when viewers talk about the evils of slavery, they know its full dimension.

A strong, involving, at times overstated telling of an extraordinary life story.

Falling between the twin pillars of the art house and prestige period flick... history lesson as horror film, powerful, visceral and affecting.