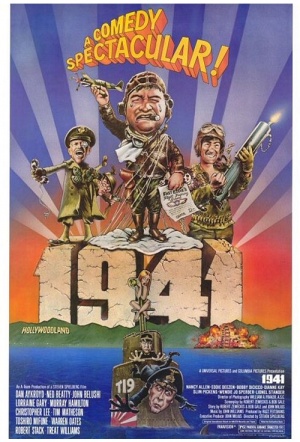 Steven Spielberg's big-budget war comedy, famously his only genuine flop. In the days after the Japanese attack on Pearl Harbour, panic sets in among California's citizens, who imagine their shores as the next target. Stars 80s comic gold - John Belushi and Dan Aykroyd.