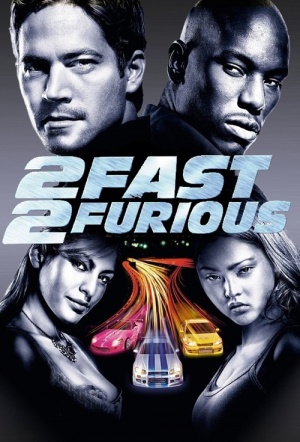 Sequel to 2001's The Fast and the Furious, this time directed by John Singleton (Boyz n the Hood). Having wilfully let Dominic escape police custody in the previous chapter, the law catches up with O'Connor (Paul Walker). Agent Monica Fuentes (Eva Mendes) offers a deal - he can avoid the consequences if he goes undercover again, this time to bring down drug lord Carter Verone (Cole Hauser). This is no easy task, forcing O'Connor to team up with old friend and ex-con Roman (Tyrese Gibson).