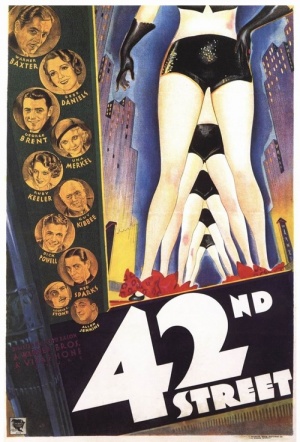 "Backstage" musical tracing the making of a Broadway comedy from casting call to opening night, featuring some of choreographer Busby Berkeley's most famed and grandiose dance set pieces.

Warner Baxter plays famed director Julian Marsh, who despite failing health is determined to stage one last great production - Pretty Lady. Star Dorothy (Bebe Daniels) twists her ankle the night before the premiere, forcing Julian to put chorus girl Peggy (Ruby Keeler) into the spotlight. Co-stars Ginger Rogers and based on the novel by Bradford Ropes.