A Cry in the Dark 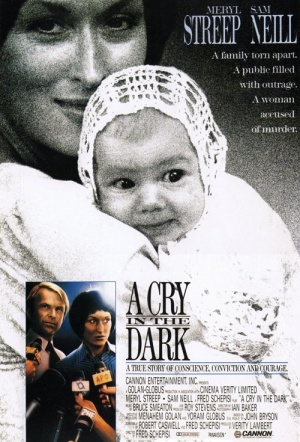 Based on the true story of Lindy Chamberlain: during a camping trip to Ayer's Rock in outback Australia, she (Meryl Streep) claims she witnessed a dingo stealing her baby daughter Azaria from the family tent. Azaria's body is never found.

Police note some apparent inconsistencies in her story, and she is charged with murder. The case attracts a lot of attention, turning a simple investigation into a media circus, with the public divided in their opinion.