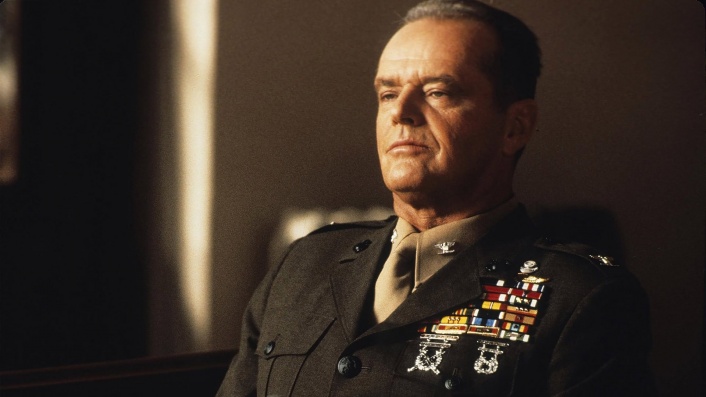 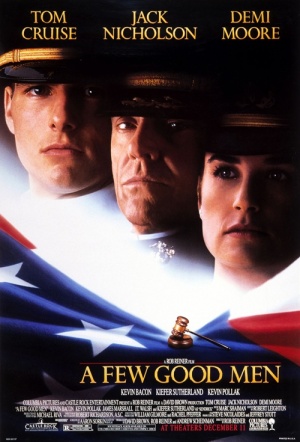 "You can't handle the truth!" Tom Cruise, Jack Nicholson and Demi Moore star in Rob Reiner's drama about the dangerous difference between following orders and following one's conscience. Cruise stars as a brash Navy lawyer who's teamed with a gung-ho litigator (Moore) in a politically explosive murder case.

Charged with defending two Marines accused of killing a fellow soldier, they are confronted with complex issues of loyalty and honour, including its most sacred code and its most formidable warrior (Nicholson).

The same histrionic fireworks that gripped theater audiences will prove even more compelling to filmgoers due to the star power and dramatic screw-tightening.

The screenplay is a good one, directed with care and acted, for the most part, with terrific conviction.

A brisk and familiar courtroom drama of the old school, as pleasant to watch as it is predictable, Men more than anything else is a tribute to pure star power.

That rarest of things: a top-level Hollywood court-room drama with the smarts to match its slick style.