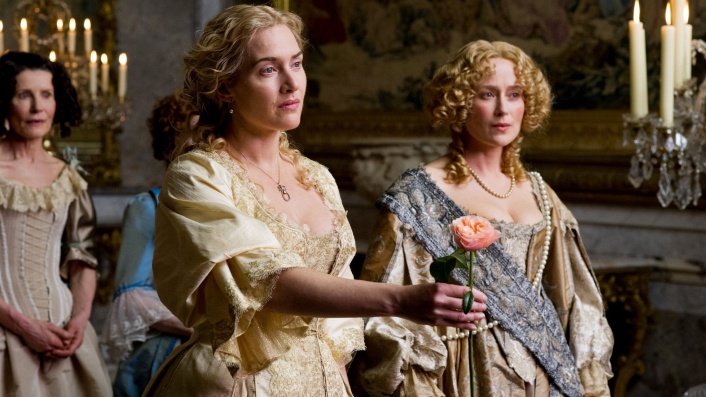 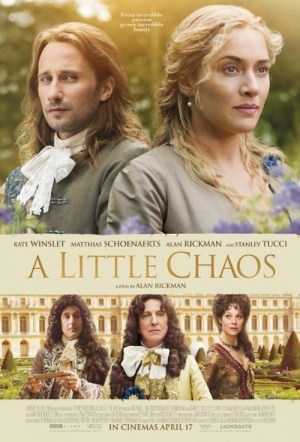 Madame Sabine De Barra (Winslet) is an unlikely candidate to be the landscape architect of the still-to-be-completed palace of Versailles. She has little time for the classical designs of the man who hires her; the famous architect Le Notre (Matthias Schoenaerts). However, as she works on her creation, she finds herself drawn to the enigmatic Le Notre and forced to negotiate the perilous rivalries and intricate etiquette of the court of King Louis XIV. Sabine's honesty and compassionate nature help to overcome both the challenges of her new-found popularity and an unspeakable tragedy from her past to win the favour of the Sun King and the heart of Le Notre.

Although A Little Chaos doesn’t shy away from romance entirely, the bodices most at risk of ripping in this period drama are those sported by Kate Winslet while she gets her hands dirty working on a new addition to the gardens of Versailles. As Sabine De Barra, scoring the highly contested gig to spruce up King Louis XIV’s backyard, Winslet’s a pleasantly capable, self-possessed presence and something of a rarity in that she’s the only woman seen doing any actual work (though this is perhaps unsurprising for landscape gardeners circa 17th Century).

Too often, helmer Rickman galumphs through what’s meant to be a witty romp, underlining the script’s most obvious, rigged qualities.

Sometimes it's awkward, sometimes it works. These singular, detached vignettes keep the film interesting, even as its momentum seems to falter, its purpose to be a little unclear.

It lacks real dramatic edge and may be seen as a typical British period costume film, but it is also a classily made pleasure that will delight its target audience.

Winslet’s mix of grace, gumption and private sadness is the chief reason to keep watching, but she deserves a more dynamic film.

A Little Chaos is available to stream in New Zealand now on Google Play and Apple TV and Beamafilm.