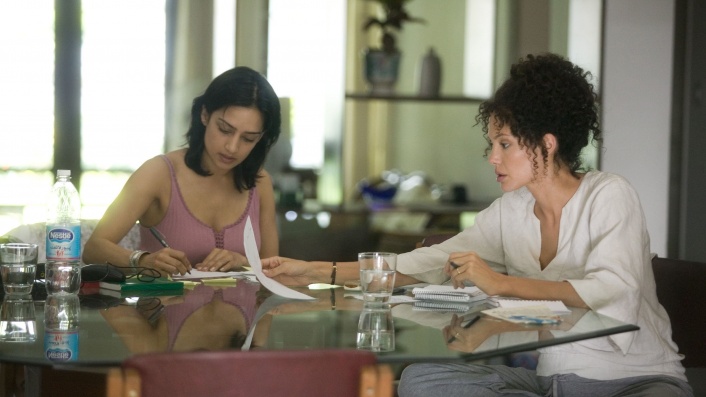 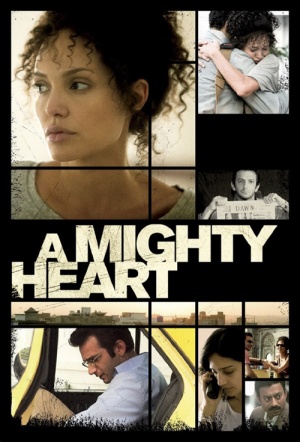 Michael Winterbottom's new film hasn't been able to stay out of the news. Coverage initially involved a secret shoot in Pakistan, and then it revolved around Angelina Jolie's endless issues with the paparazzi. Despite all that, the film's importance stems from it's story; based on Mariane Pearl's account of the abduction and murder of her husband, American journalist Daniel, by Pakistani extremists.

Daniel was researching a story on the shoe bomber Richard Reid. (Real-life footage of poor Daniel's head being chopped off can be found somewhere in the filthy, murky depths of the internet).

There are contrasts aplenty in A Mighty Heart. The calm of the modern, walled house in Karachi where a heavily pregnant Mariane Pearl awaits news of her captured journalist husband, Daniel, against the madness of the city's streets and alleys...

A precise and unsensational retelling of the Daniel Pearl story from the viewpoint of his wife feels faintly voyeuristic...

A high-minded film that may well take home a Gucci bag full of statues come Oscar night. But I'm not sure that's enough to recommend it...

Faced with this struggle to see beyond the lead actress to the character she portrays, the film is disadvantaged before Jolie's accented opening voiceover even begins. It's a credit to all the actors and the director that despite this handicap, this film manages to be politically charged, frightening and heart-breaking...

During the hunt, Jolie can do little except sit and wait, and she has few flashes of inspiration. She throws her weight about with the local authorities, screams and cries, and does her stiff upper lip in a televised appeal, but she never quite captures the depth of passion implied in the title...