Engaging and absorbing, this drama which tackles a number of issues surrounding divorce, class and culture in modern Iran was surprisingly powerful with performances from it's cast which were both real and sympathetic of all parties. The story begins with a couple who are entering a period of separation due to a dispute over the prospects of living in Iran with their daughter, and from that beginning you begin to understand the implications of the differences in opinions on a number of issues important to people of the region. Avoiding the usual political pitfalls of middle eastern movies, instead the film gives a balanced and honest portrayal of life for everyday people in Iran, and in doing so you can relate to their situations despite the apparent culture differences. Compelling and emotionally striking, the movie challenges you and sparks debate, and while at times it felt like there were possibly even too many ideas which convoluted the story (although giving the characters more depth), it was nevertheless a powerful drama with exceptional performances all round.
0 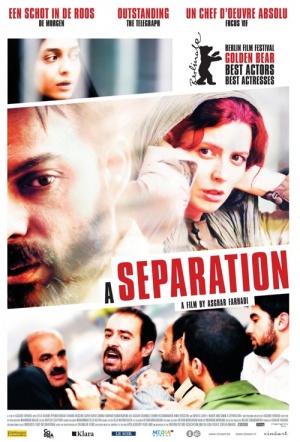