The Dude vs Gopnik

A Serious Man does not describe the absurdity of some archaic traditions as much as it describes the absurdity of the community and the false sense of belonging it provides to their members. (staying together without a cause) It is the tragedy of mankind viewed from one specific angle, but it is nothing new. The biggest let down if I compare the character of the Dude (The Big Lebowski) and Larry Gopnik's is that Gopnik unlike the Dude is supposed to be a very educated man. Except that from start to finish, Gopnik is just clueless and his character is not progressing one bit and neither is my perception of him. He is a coward and he always will be. Whereas in The Big Lebowski, if you remember at the end of the movie the cowboy (the narrative voice in the movie) addresses the viewer and says something like "I don't know about you, but it is reassuring to know there is someone like the Dude out there" and what a fantastic conclusion it was.
The Dude was depicted as a loser who turns out to be able to make his own destiny. This is why the Dude is reassuring and likable when Gopnik is not.
The Big Lebowski and A Serious Man are two satires about society, one from the eye of the outsider, the other from the eye of the community. Only The Big Lebowski succeeds in being a comedy with a relevant twist.
This is why, in my opinion The Big Lebowski remains by far the best Coen movie and A Serious Man by far the worst one.
0 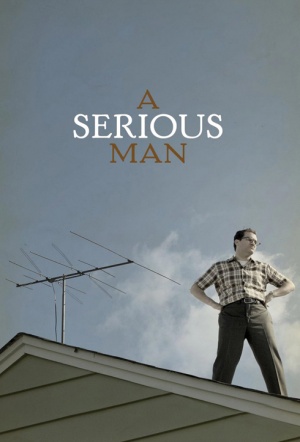