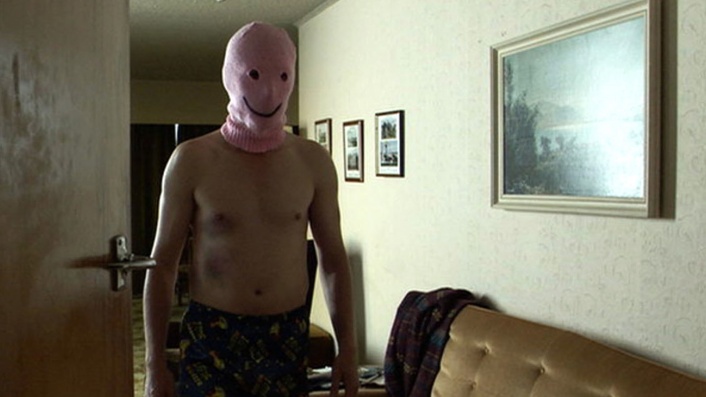 A Song of Good

Gregory King, director of the scabrous Christmas, applies taboo-prodding humour to palpable human pain with ever more disconcerting effect in his second feature.

Young Gary (Gareth Reeves), strung out from amphetamines and dope and so panicky that he barely knows what he's doing, breaks into a neighbour's house and commits a disgusting crime. In the dazed aftermath, Gary resolves to redeem himself, to go clean, find a job, help his sister take care of her kid; in short, to become a good person. How easy is that going to be when everyone he knows thinks he's gone soft in the head, and the victim of his crime languishes in misery next door? King explores Gary's particular place in trashed Kiwi suburbia with an eye that's cool and cruel but never devoid of fellow feeling. [Source: NZFF08]
Best Film (budget under $1 million) at the NZ Film Awards 2008.
2008Rating: R16, sexual violence, drug use, offensive language84 minsNew Zealand
Drama

A Song of Good / Reviews

A slacker's redemptive bounce back from rock bottom stumbles between oddball laughs and a dysfunctional-family yarn in the Kiwi black comedy-drama...