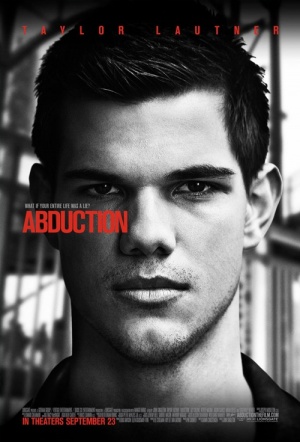 Twilight star Taylor Lautner stars in this Bourne-esque man-on-the-run thriller about a young man attempting to uncover his true identity after finding his baby photo on a missing person's website. Also stars Sigourney Weaver (Avatar) and Alfred Molina (An Education).

After finding the photo, with help from his hot neighbour Karen (Lily Collins, The Blind Side), Pittsburgh teenager Nathan (Lautner) confronts the woman he thought was his mum (Maria Bello, A History of Violence). No sooner, suited goons turn up on his doorstep killing both his "parents". Nathan and Karen manage to escape but find themselves on the run from police, government agents and shadowy figures...

Aside from such dutiful fan service, the film is a haggardly slapdash Bourne Identity knockoff, never rising above the level of basic competence.

Sadly, it's impossible to fake the faintest enthusiasm for this picture, which is a fourth-rate Hollywood thriller that bungles a lot of thievery from better movies, is entirely bereft of suspense or excitement and features a leading man who absolutely, positively cannot act.

Taylor Lautner tries to hold his own in an action thriller too silly to give him much of a chance.

Director John Singleton offers bits of suspense, but Abduction is less a movie than a piece of engineering, a glumly ludicrous cat-and-mouse blowout designed to win Lautner male fans along with his girl demo.

The script, direction, and pretty much everything else feels like Jack Bauer, 24: The Teen Years.

Singleton once radiated ambition and vision. These days, he seems to be aiming for mediocrity at best. Even by those extraordinarily lenient standards, the inessential, perfunctory Abduction falls short.