Based on the novel by Seth Grahame-Smith Abraham Lincoln Vampire Hunter was at a disadvantage from the start considering the storyline and the content (ie. another Vampire movie). It would take something pretty special to win over audiences which i think it almost did. The movie was visually a full on assault on the senses which worked most of the time, i especially liked the dull colour usage and the fight scenes (some were borderline absurd and some just dove heardfirst into absurdity, horse scene anyone????). However i think it fell short of the content and storyline. It was always going to be a stretch to deal with the content of a vampire hunting american president but as i mentioned before i think they took some things too far which made some points of the movie ridiculous (the almost superhuman abilities of Lincoln for one). If they set the tone darker and more serious i think ALVH might have achieved something more.
In saying all of this i think ALVH achieved exactly was it set out to do, just being a fun action movie. The acting was decent and i enjoyed myself which is what counts in the end.
0 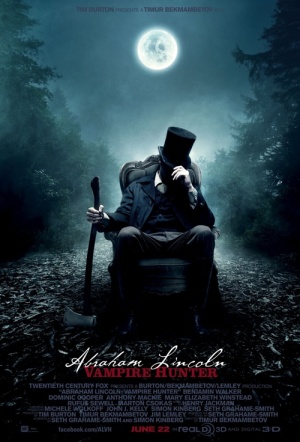