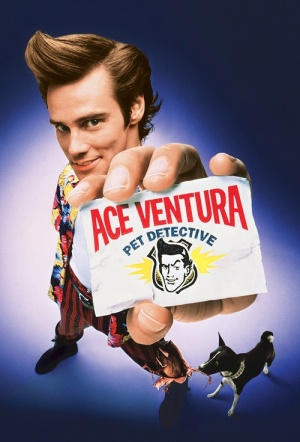 A missing dolphin, a gridiron legend, and butt-flap ventriloquism make up this detective comedy featuring Jim Carrey in a career-making role. Most comedic actors would crumble under the pressure of maintaining maximum silliness for a feature film, but Carrey jumped into a cannon and shot for the moon.

There's no consistency to the "Ace" character, and the whole movie shifts in tone from social satire to sophomoric pranks and traditional copshow plotting.

Only a child could love Mr. Carrey's character, but that may be the point. The movie has the metabolism, logic and attention span of a peevish 6-year-old.

Neither terrible, boring nor soporific, just not very funny.