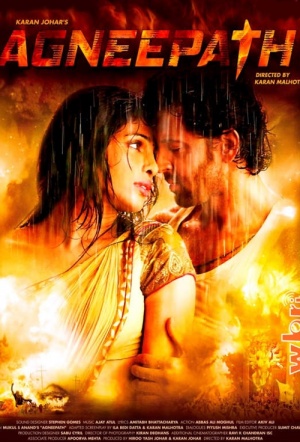 Bollywood action-thriller about a young man's vow to return to his village and restore it to its former glory. Stars Hrithik Roshan, Sanjay Dutt and Priyanka Chopra.

With his father as his teacher, Vijay (Roshan) is taught about Agneepath, the path of fire. But when ruthless drug dealer Kancha (Dutt) murders his father in cold blood, Vijay is forced to flee his home of Mandwa with his pregnant mother. Holding the knowledge of Agneepath, Vijay promises to return to Mandwa and uphold his father's treasured name.

This is a remake of the 1990 Bollywood film of the same name.