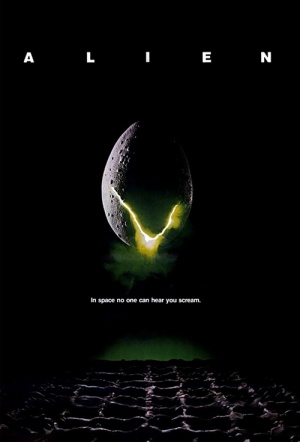 The 1979 sci-fi horror that spawned a franchise, directed by a young Ridley Scott (his second film).

Sigourney Weaver stars as Ripley, a member of the Nostromo spaceship that - while on its way back to Earth - responds to an SOS on another planet. They find a derelict alien ship and investigate. A bad move, and the terror begins. Think Jaws on a spaceship.

An old-fashioned scary movie set in a highly realistic sci-fi future, made all the more believable by expert technical craftmanship.

A movie masterpiece. And on the big screen, the chestburster scene just kills.

One of the greatest sci-fi movies ever made.