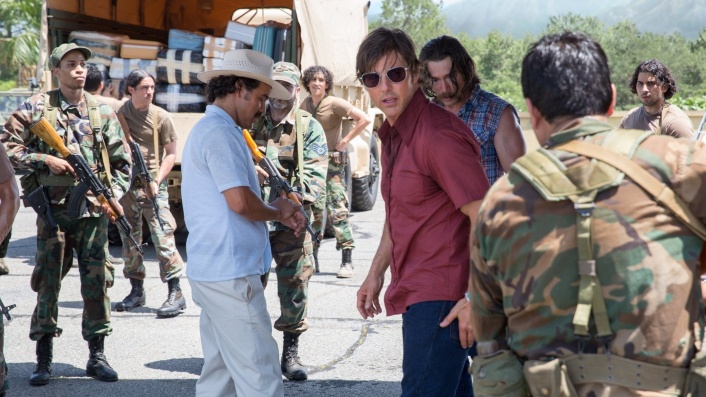 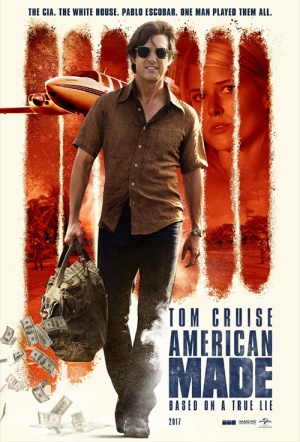 Tom Cruise plays real-life pilot Barry Seal, who transported contraband for the CIA and the Medellin cartel in the '80s in this Doug Liman-directed crime thriller. More

Barry Seal, a TWA pilot, is recruited by the CIA to provide reconnaissance on the burgeoning communist threat in Central America and soon finds himself in charge of one of the biggest covert CIA operations in the history of the United States. The operation spawns the birth of the Medellin cartel and almost brings down the Reagan White House.

After a dull Jack Reacher sequel and Mummy misfire, it’s good to see Tom Cruise back with Edge of Tomorrow director Doug Liman. Based on a true story, Cruise plays maverick top gun TWA pilot Barry Seal, recruited by the Carter then Regan-era CIA for covert op’s in Central America, first piloting a spy plane, then as a flying bag man, then gun-runner, all whilst developing a ridiculously lucrative sideline as a drug-runner for Pablo Escobar’s Medellín cartel.

A sweat-slicked, exhausting but glibly entertaining escapade on its own terms, "American Made" is more interesting as a showcase for the dateless elasticity of Cruise's star power.

Yes, it might be the kind of story that you’ve seen a million times before, but there’s enough pace and invention to make it worth another go.

This is an unusual film, and I would love to know how it got financed.

An enjoyable, entertaining and fairly engrossing way to spend a couple of hours that won't insult your intelligence too egregiously...

A forgettable flight of fantasy.

Kudos are due to Liman and Spinelli... for honing the script into a reasonably manageable two-hour romp around the Byzantine conspiracy-caper seen through the eyes of Seal.

A propulsively entertaining ride through the underbelly of America… Featurette ('A Look Inside')

American Made is available to stream in New Zealand now on Google Play and Apple TV.