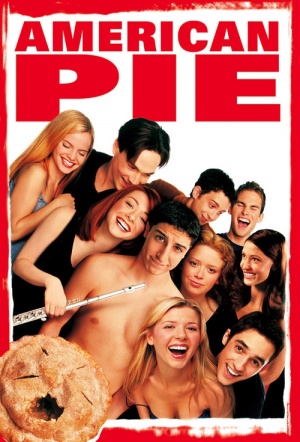 Four high school friends (Jason Biggs, Chris Klein, Thomas Ian Nicholas and Eddie Kaye Thomas) make a pact to lose their virginity by prom night. As they try to manipulate their way into the hearts of their female classmates, their plans backfire with often spectacular results - including apple pies, superglue and flutes.

Goes beyond the cliches...

Mostly stale pie for anyone older than 25.

Smart raunch, with a heart.

Almost touchingly old-fashioned; I did not know Hollywood still permitted high school seniors to be virgins.

A film with a one-track mind, "American Pie" has but a single ambition -- to be the king of gross-out comedy...