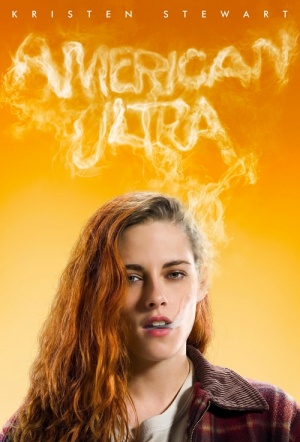 Jesse Eisenberg and Kristen Stewart reteam (after the underrated Adventureland) with this action-comedy about a couple of stoners whose lives are interrupted when a government operation descends upon their small town with the aim of wiping them out.

Pothead Mike (Eisenberg), on the verge of asking his live-in girlfriend (Stewart) to marry him, discovers he is actually a highly trained, lethal sleeper agent. As his secret past comes back to haunt him, Mike is thrust into the middle of a deadly government operation and is forced to summon his inner action-hero.

Too often plays like an earnest yet unsatisfying adaptation of a cult graphic novel, with most of the charm lost in translation.

Artless and unpleasant, this is the kind of late-summer swill that gives August a bad name.

The movie simply doesn't know if it wants to be Jason Bourne or Cheech and Chong.

Eisenberg and Stewart stay appealing to the last. The movie, not so much.

A genre mash that's mildly amusing until it can't think of anything else to do besides flop around in the deep end of conspicuous gore.

Even though Eisenberg also shares a great rapport with Stewart... [it] just cannot hold a coherent connection to viewers when it truly must.

Check your brain at the popcorn-butter pump in the lobby and enjoy it.

A potential cult item in the making, American Ultra may be an acquired taste but it's chocful of invention.