Anatomy of a Murder 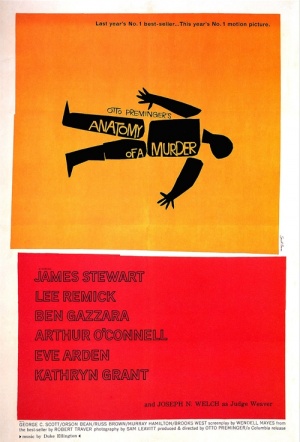 Manion admits to the crime, citing as his motive the victim's rape of his wife (Lee Remick). Facing off against a big-city prosecutor (George C. Scott), Biegler (Stewart, in a role that won him the best actor award at Venice Film Festival) hopes to win freedom for his client by using as his defence the argument of "irresistible impulse."

Anatomy courted controversy on release in 1959 for being one of Hollywood's first films to address sex and rape in a graphic manner. Also features a progressive-jazz score by Duke Ellington and a famous title sequence by graphic designer Saul Bass.