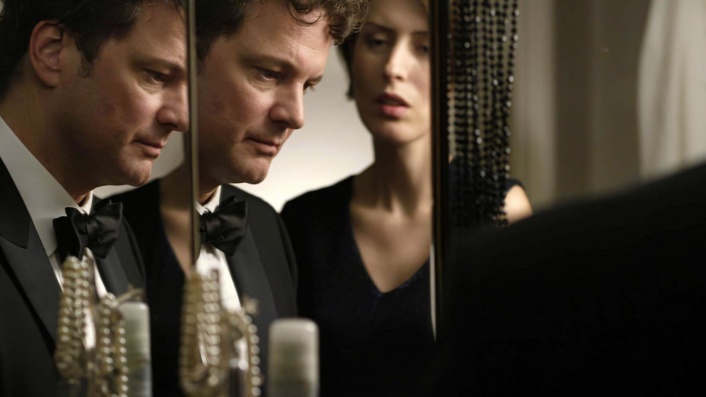 And When Did You Last See Your Father?

Based on Blake Morrison's bestselling and influential memoir from 1993, about an ambiguous, painful reconciliation with his dying father.

Screenwriter David Nicholls' (Starter for 10) adaptation intercuts between the unendurable pathos of the father's deathbed and flashbacks of the son's childhood memories. Morrison's father Arthur (Broadbent) is a country GP with a rakish, raffish addiction to venial scams and dodges. Colin Firth plays the tight-lipped Blake, still needing closure after a lifetime's swallowed rage, and still seething at Arthur's blustering refusal to congratulate him on his successes in literary London.
2008Rating: M, Contains sex scenes and offensive language92 minsUK, USA
Drama

And When Did You Last See Your Father? / Reviews

Serious actors, lush Yorkshire countryside, musings on mortality and morality… this is undeniably a quality drama. Whether you'll truly enjoy the experience or not is another matter though, and largely dependent on your age and your predilection towards slightly pompous Brits with daddy issues.

Directed by Anand Tucker with the same intelligent tact he brought to Hilary and Jackie, and cleanly adapted by David Nicholls from a brutally frank memoir by British writer Blake Morrison, this minor pleasure of a drama about an aggrieved son (Colin Firth in the Blake role) re-evaluating his relationship with his cantankerous old sod of a dying father (Jim Broadbent as Arthur Morrison) is the kind of superior middlebrow filmmaking at which the Brits excel.

Immaculately acted, professionally helmed and saturated in period British atmosphere, “When Did You Last See Your Father?” is an unashamed tearjerker that’s all wrapping and no center.

The film did not provide me with fulfillment or a catharsis. Apparently the memoir wouldn't have, either. That's fair enough. How many unanswered questions are we all left with? I have some. This is a film of regret, and judging by what we see of the characters, it deserves to be.

A writer seeks to bury the hatchet with his terminally ill dad in the powerful drama And When Did You Last See Your Father? Tim Burton took a fanciful approach to the same subject in Big Fish (2004), but director Anand Tucker has no need of bells and whistles, instead letting Colin Firth, and especially Jim Broadbent, enthral us with wonderfully vivid performances. As the teenage version of Firth's grumpy scribe, cheeky up-and-comer Matthew Beard is also one to watch.