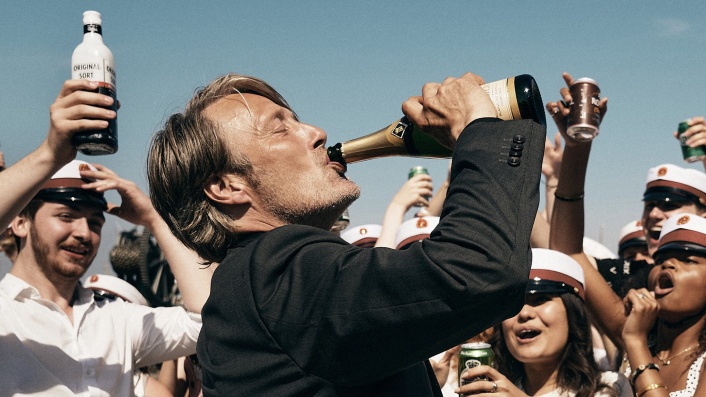 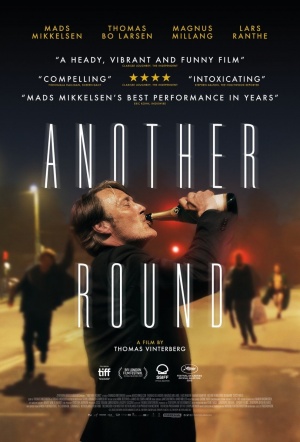 Mads Mikkelsen reunites with the Danish director of 2013 Oscar nominee The Hunt for this Oscar-winning story of a group of friends who put a controversial theory - that maintaining a certain blood alcohol level improves social performance - to the test.

A Norwegian philosopher argues man is born with a blood alcohol level that is 0.5% too low. Inspired by that theory, Martin (Mikkelsen) and three of his friends and high school teachers launch a drinking experiment. Their mundane existence is an endless row of trivialities so this project might be exactly what they need.

If Churchill won WWII in a heavy daze of alcohol, imagine how the powerful drops can affect the daily humdrum? The four teachers - and a handful of students - decide to uphold a constant level of intoxication. Under the influence our four friends become braver, more musical, teaching grows interesting and results soar. As the units are knocked back the experiment both progresses and derails. It becomes clear that while alcohol historically has fuelled great results, all actions have consequences.

New Zealand’s binge-drinking culture has many downsides, but perhaps one of its rare benefits is that local audiences seeing Another Round may bring with them a similar attitude to alcohol as that demonstrated onscreen by heavy-drinking Danes. “This entire country drinks like maniacs!” a character exclaims at one point—to which Kiwis may opt to shrug “hold my beer”.

The film’s sloppy broadness ends up fighting the Dogme style, which keeps telling us that these people are authentic.

The performances are persuasive and watchable, especially Mikkelsen...

Has little fresh or profound to say about intoxication and addiction, but it is an engaging tribute to friendship, family and bacchanalian hedonism in moderation.

It’s a sweet, strangely modest tragicomedy about the pleasures of (mostly banal) excess.

A parable about breaking a social contract.

The actor does what only true stars seem able to: Take the silly or messy or improbable, and make it fly.

The rare movie about getting shitfaced that’s somehow neither a wallow in the gutter nor a fantasy of life without hangovers.

A funny film which is also desperately sad, a superficially amusing indictment of drinking culture which is much more bitter than sweet.

It sings, and it sparkles.

A stinging, gorgeously filmed tragicomedy about male insecurity and the power of positive drinking.

It isn’t prescriptive about drinking, and doesn’t seek to impart any message other than that life is hard, and sometimes dark, and sometimes ecstatically beautiful.

Another Round / News & Opinion 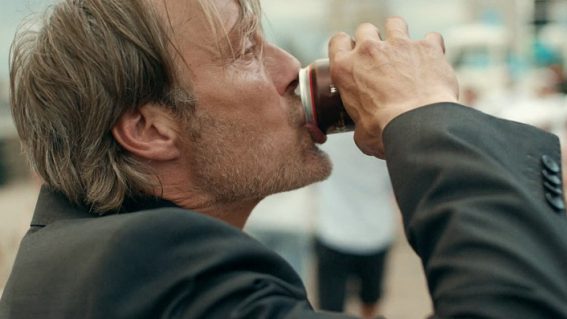 Does a constant level of intoxication make life better?