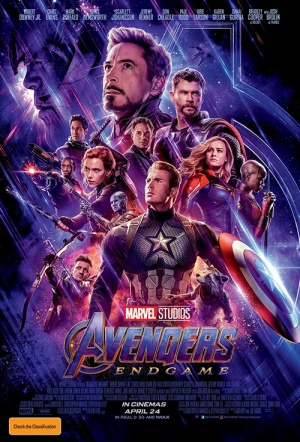 The fourth Avengers movie, and direct sequel to 2018's Infinity War, featuring eight minutes of extra content, including a video introduction from director Anthony Russo, an unfinished deleted scene and a special sneak peek of Spider-Man: Far From Home. This will be the 22nd film in the Marvel Cinematic Universe. Directed by Anthony and Joe Russo (Infinity War, Civil War, Captain America: Winter Soldier).