Send this movie to the sacrificial chamber

This was a refreshing debut for a cross-over series involving cinema's 2 most feared alien species. The action scenes delivered, for the most part, such as the digitally choreographed battled between the predators and the aliens.

There was a sense of adventure created in the first half of the movie which kept the dialogue and pace steady. This was interspersed with strong suspense development at times which kept me hooked until a more dull second half.

Perhaps the most iconic scene, which was the sacrificial chamber scene, worked perfectly on many levels, developing a sense of hopelessness for the research team which unfortunately entered this chamber. Although cliched, it is a ode to the 'Alien' franchise with the ceremonial sacrifice of the human as a host to breed a deadly alien.

The final battle did have inconsistencies but delivered on the action and excitement for the showdown of the century; the more worthy Predator and the Alien queen. The inclusion of the human as allying with the Predator ultimately implies the similarities in personality and characteristics of these 2 species, as contrasted by the more morphologically different Xenomorph.

This movie does suffer with many issues, with the most critical being the storyline and narrative. It seemed vague and dumb-founded that a group of researchers and archaeologists are going to a Pyramid system under the ice. Equally disturbing is the awful dialogue spoken by many of the actors, which resulted in hammy and less convincing performances and bores the audience with a vague storyline. At the end you can't help but point out the cliched approach to creating this narrative.

This movie felt more like an attempt at capitalising on 2 major brands, as did Freddy vs Jason, rather than further improving the cliched production and poor dialogue. The dialogue only further exposes the lack of creativity from the production team, who rather felt more compelled to showcase the talents and screen time of the 2 alien species. The poor dialogue felt synonymous to sciences of older times, with not much explorations of the backstory of early civilisation. On the surface, it felt like an excuse to bring together such aliens in the same universe.

While the first half delivered, the second half felt like a storiless narrative which focussed on the action and a poor depiction of unity between warriors of different species. The interiors of the pyramidal environment only sought to restrict the 'open' playing field which could have widened the creatively-driven results. As such, it seemed like characters meeting their demise feasibly by powerful aliens who have all the advantage.
Most of the humans' fates were inconceivably tied by the environment rather than the creatures, as the environment further restricted their decision-making.

At the end, this whole movie felt like a complicated mess, with little to none investment in character development. The somewhat appeal for the protagonist also felt dull, with poor acting and the effect of accepting her 'warrior' role was unsuccessful. 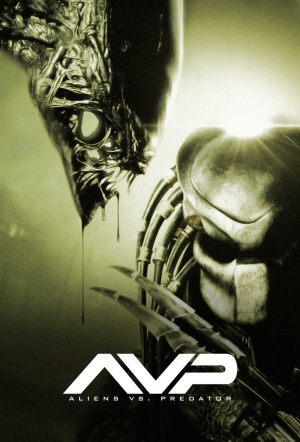