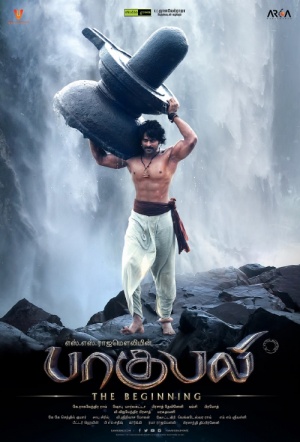 Part one of the Indian epic action adventure Baahubali series written and directed by S.S. Rajamouli and starring Prabhas.

A young Shivudu (Prabhas) is left as a foundling in a small village by his mother. By the time he’s grown up, it has become apparent that he possesses exceptional gifts. He meets the beautiful warrior/princess Avanthika (Tamannaah Bhatia) and learns that her queen has been held captive for the last 25 years. Shividu sets off to rescue her, discovering his own origins in the process.

Although he isn't as well known to Hindi film fans as that other famously shirtless star Salman Khan, Prabhas has a presence grand enough to transcend language.