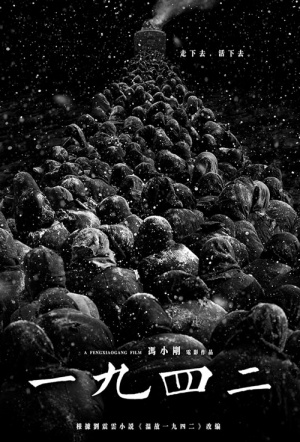 Adrien Brody and Tim Robbins star in this epic Chinese war drama, focusing on a deadly drought that heavily damaged central China's Henan province during the Second World War. The resulting famine resulted in the deaths of at least three million men, women and children. The tragedy was exacerbated by locusts, windstorms, earthquakes, epidemic disease, war with Japan and the corruption of the ruling Kuomintang government.

Generic suffering and a few big yet uninvolving fighter-jet strafings.

Disaster movie and war movie in one dramatic realisation of a dark chapter in China's history.

Feng Xiaogang's sledgehammer epic leaves no arm untwisted and no emotion unmilked in its bid to drive its message home.

Highly uneven film excels at dramatic set pieces, but stumbles in the sections that link them together.

Yields some stirring scenes but not much emotional impact.