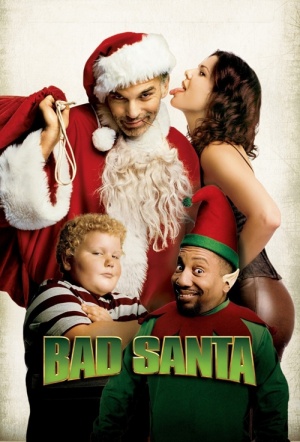 R-rated, cult, black comedy starring Billy Bob Thornton as a miserable, Bukowski-esque drunk and dwarf Tony Cox as his partner. Together they pose as Santa and his Little Helper to rob department stores on Christmas Eve. Directed by Terry Zwigoff (Ghost World), who had rewrites done on the script by the Coen brothers (although they remain uncredited due to Writer Guild rules).