Barbie: Mariposa and the Fairy Princess 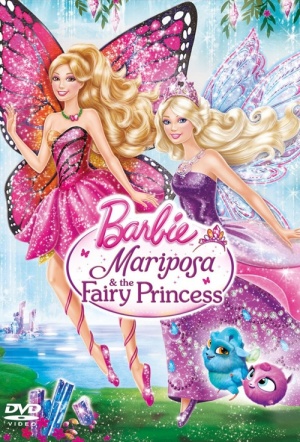 Barbie returns to Fairytopia as Mariposa who, with the help of her furry friend Zee, sets out to bring peace between her people of Flutterfield and their Crystal Fairy rivals of Shimmervale.

While Mariposa doesn't make a great first impression on the Shimmervale King, she becomes fast friends with his shy daughter, the Fairy Princess Catania. However, a misunderstanding causes Mariposa to be banished from the fairy land. As Mariposa and Zee return to Flutterfield, they encounter a dark fairy on her way to destroy Shimmervale. Mariposa rushes back to help Princess Catania save her fairy land and prove that the best way to make a friend is to be a friend.