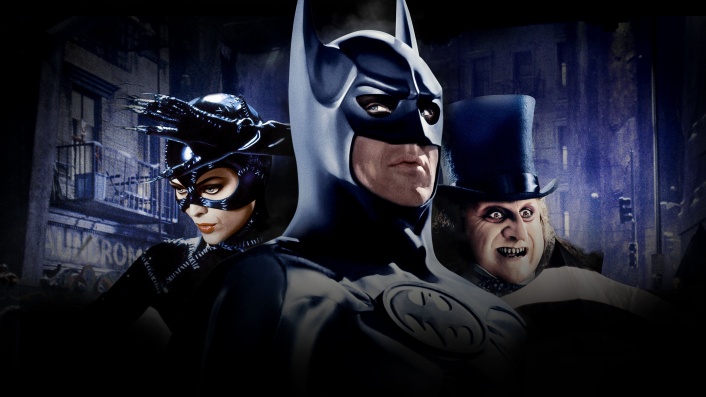 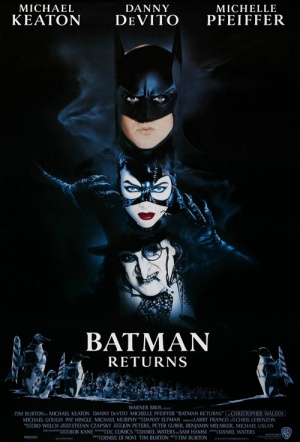 With The Joker out of harm’s way, Batman now faces The Penguin, a hideously deformed, sewer-dwelling chap who develops a malicious intent on forcing society to accept him. Also running amok is a mysterious and destructive thief, Catwoman, whose intentions are not as clear.

Burton and Pfeiffer were originally attached to a Catwoman spin-off. However, the film’s development was trapped in limbo for years. Eventually, it turned into Halle Berry’s disappointing Catwoman (2004).

A seamless, utterly consistent universe full of nasty notions about societal deterioration, greed and other base impulses.

Because the film's predominant motif is that of wounded individuals re-inventing themselves as wily villains, its most memorable episodes are early ones explaining each main character's transformation.

Odd and sad, but not exhilarating.

Burton continues to capture the essence of the Batman legend and more importantly his audiences imagination.