Batman vs. Superman: Dawn of Justice 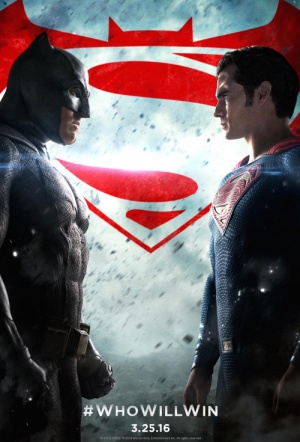 Zack Snyder's follow up to 2013's Man of Steel with Henry Cavill returning as Clark Kent/Superman, Amy Adams as Lois Lane and Laurence Fishburne as Daily Planet editor Perry White. Krypton's finest will face off against Batman - played by Ben Affleck. When the heroes aren't squaring off against one another, they'll have to deal with with the villainous Lex Luthor (Jesse Eisenberg).

Set eighteen months after the events of Man of Steel, the story takes its inspiration from a variety of sources (including Frank Miller's comic book miniseries The Dark Knight Returns). This will be the first time DC Comics' two biggest stars meet on the cinema screen.

The sub-title of Batman v Superman: Dawn of Justice suggests a movie that emphasises set-up, and thankfully that isn't really the case – director Zack Snyder wrings plenty of drama from the justice and power themes that Man of Steel and Watchmen also touched upon, and he sets up his characters' conflicting motivations judiciously. The world-building that does occur here is more or less relegated to one scene inserted into the movie in a manner that nobody would describe as seamless.

As a pure visual spectacle, however, Batman V Superman ably blows the hinges off the multiplex doors...

Goosebumps are inevitable when the two icons finally face off, and there are some spectacular clobberings dispensed...

No major blockbuster in years has been this incoherently structured, this seemingly uninterested in telling a story with clarity and purpose.

All in all, job done, just about.

Not only does the storytelling feel cluttered, but the premise turns both protagonists into passive victims who only occasionally get to do anything heroic.

The film may be imposing, but it's not fun.

Delivers the shock and awe on a level befitting a superhero blockbuster of such massive scale.

Cluttered and narratively wonky; a few jokes wouldn't have gone amiss, either.