Battleship is big, loud and it sinks

If there is any film director that is potentially following in the footsteps of Michael Bay, that director is Peter Berg. I stress the word "potentially " considering Berg's feature film work isn't particularly bad nor are any of them memorable.

The films which spring to mind in Berg's cannon where Bay-esque sentiments come to the fold are notably Hancock (2008) and his latest, Battleship.

A la Mr Bay, Battleship is an attack on the senses. It's loud, with above average action scenes and a good looking cast (Rihanna acting holds up well but don't interpret that as a ringing endorsement, she was cast in an action flick remember?). There's not much of a plot and without much of a plot, there is a lack of characterisation and with that, comes a lack of originality.

But it is the action that matters here in which Berg surprisingly avoids being showy - very un-Bay-like as a point of refute. The action scenes are given time to shine, if not spectacular. And in typical action fashion, the gaudy special effects and the stoic close ups of characters surface in abundance.

There is no aim to enlighten the audience, nor should it have to. Battleship's job is to entertain. And it does it well but only in small doses. 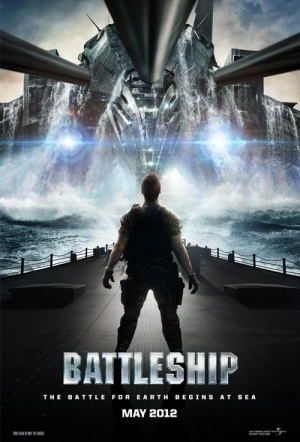