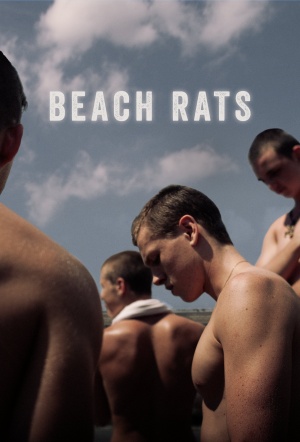 A Brooklyn teenager leads a perilous double life in this in this study of conflicted masculinity that garnered a Sundance Directing Award.

"Frankie, an aimless teenager on the outer edges of Brooklyn, is having a miserable summer. With his father dying and his mother wanting him to find a girlfriend, Frankie escapes the bleakness of his home life by causing trouble with his delinquent friends and flirting with older men online. When his chatting and webcamming intensify, he finally starts hooking up with guys at a nearby cruising beach while simultaneously entering into a cautious relationship with a young woman. As Frankie struggles to reconcile his competing desires, his decisions leave him hurtling toward irreparable consequences." (Sundance Film Festival)

This is achingly delicate psychological territory, heavily dependent on just the right actor to make flesh its scripted subtleties - and Hittman has found him in Dickinson...

"Beach Rats," a boldly irreconcilable drama, shows a character locating ugliness and horror within himself.

Beach Rats is a captivating character study and one that feels vital.