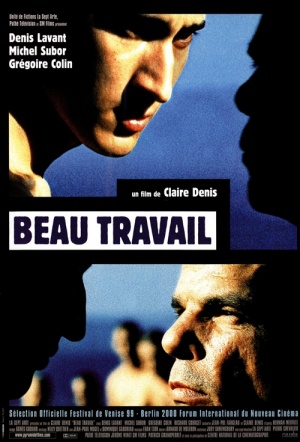 An ex-Foreign Legion officer recalls the days he holds most dear to him: the time he served commanding French troops into Africa in this drama from French filmmaker Claire Denis (White Material). But with the introduction of a promising new recruit, the old sergeant is introduced to an intense sort of envy that threatens to rip both of them apart.

Considered by many to be Denis' masterpiece, she based the story on Herman Melville's 1888 novella Billy Budd. The film features music from Benjamin Britten's opera adaptation of the same book.