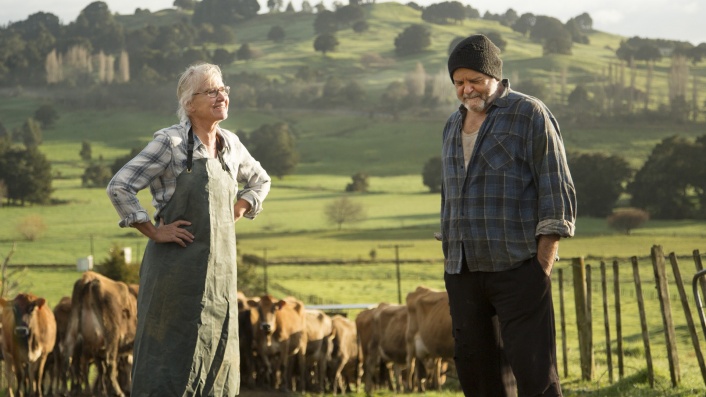 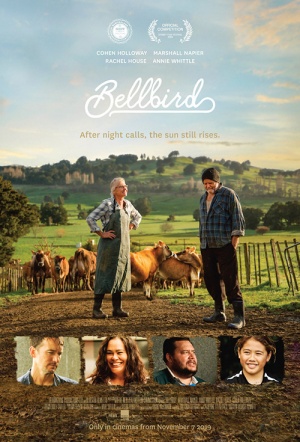 Hamish Bennett's feature debut takes place in the heart of a small New Zealand town, where a community comes together after a tragic death.

"Ross (Marshall Napier) has farmed the land all his life, just as his father and grandfather did before him. A largely silent man, Ross farms the land alongside his far more exuberant wife Beth (Annie Whittle), who is an eager participant in the local choir and a friend to many. When Beth suddenly dies, Ross is crushed but incapable of displaying his emotions. His son Bruce (Cohen Holloway) moves back in and tries to help, but is not suited to the farming life and also has great difficulties in expressing himself. Around them, their friends realise the difficulties, and pitch in to help." (Sydney Film Festival)

Bellbird is a perfectly tuned piece of work; it’s the best New Zealand film of the year and a classic in the making.

It is funny when it needs to be, but never backs off from tragedy and loss.

Tenderly breathing life into grief and healing by giving the story and its players permission to breathe themselves, and infusing it with that special kind of real Kiwi humour, it's just wonderful to watch.

Bellbird is a joy to watch - a warm, humorous, heartfelt film filled with loss, love and hope that had me laughing out loud one moment, and crying the next.

An understated drama with an open heart and a lithe sense of humour.