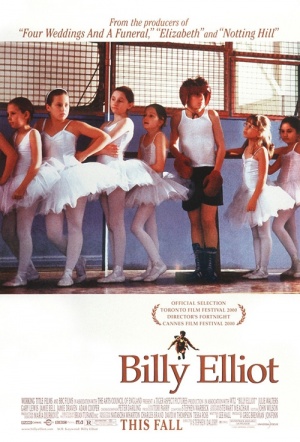 The uplifting tale of an 11-year-old coal miner's son (Jamie Bell) in the north of England who's life is forever changed when he stumbles upon Mrs Wilkinson's (Julie Walters) ballet class during his weekly boxing lesson. He finds himself immersed in ballet, demonstrating an unlikely raw talent.