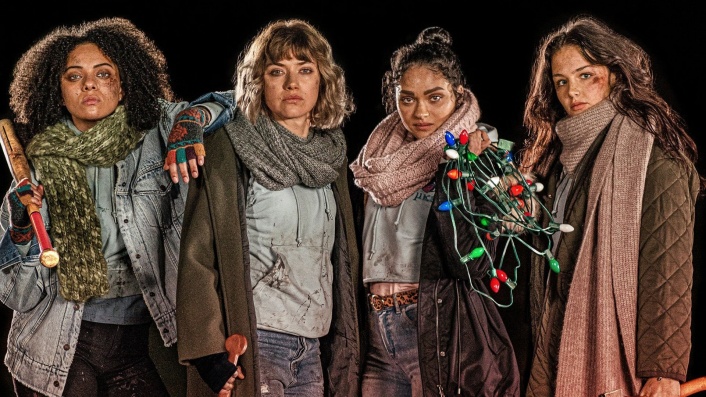 Doesn't jingle all the way!

An interesting premise with a unique plot, but a lacklustre final product. Despite its many flaws this movie does bring a sense of originality and authenticity to the cultures and sensibilities of modern times. It perfectly represents the egos and issues regarding sorority and fraternity conglomerates.

At the heart of this narrative is Riley (Imogen Poots) who is struggling to deal with sexual assault from a former fraternity college student. Imogen Poots perfectly depicts the psychological and emotional traumas dealt by Riley as a result of this depraved incident. Her character shines as a bright star within this dull movie with her intellectually depicting her character as being withheld in her emotional and motivational drive. The horrific act has left her inhibited in all her senses and, thus, unable to be her self. Nevertheless, her 'guardedness' is exactly the thing that makes her stand out as she quickly and methodically pieces out trouble in the neighborhood. What makes her acting performance so eloquent is the subtle nuances in these very 'guarded' qualities, such as constant surveillance, tendency to anxiety and awkward social interactions. Alternatively, the more poorly framed and cliched performances of the other actors only made her shine even better as a solo performance, making me completely invested in her self growth and resolution over her 'demons'.

The filmmakers were perhaps limited in budget and filming locations, but this did not affect the final product as much. The more stylised, high quality shots were abandoned in favour of authenticity of source material and dreamy feel to the festive season. The lack of quality to the final product only helped improve this dreamy sense of festivities. Filmed in University of Otago, this movie nevertheless captured the sense of university student spirit and somewhat proved how the rich history can carry something sinister.

Despite an ambitious attempt, this movie loses its footing many times throughout its duration. There are several scenes which drag on for too long with pointless exposition, laughable character developments and unnecessary clichés.

The pacing of this film as lacking too. It started off too superficial and lingered on for too long, riddled with unnecessary exposition and dialogue. Towards the end it switches into first gear and turns into a action sequence of unimaginable terror. Due to this sudden shift in pace, it was a bit too overwhelming for my eyes.

The horror clichés are abundant in this somewhat lacklustre remake. It is very easy to tell when murders will take place due to a shoddy build up of tension for most of the scenes. Where there is suspense created it is littered with as many tropes of generic horror movies which undermine the quality of those scenes. It very much felt like one of those movies where you were desperately trying to end the experience as soon as possible.

One particular scare scene absolutely got me angry as it just proved how poorly the creative input of the filmmakers was. In one particular scene one of the sorority students checks inside a room and then exits, only to be transiently attacked by the killer, a scene which was re-enacted and copied from the infamous Hospital scene from Exorcist 3. If plagiarism was a serious offense in the film industry then this movie will get the cake for doing just that. There are so many other ways that scenes could mount up terror and suspense instead of 'copying-pasting' from iconic Horror movies. As such, I cannot give this scene the credit it deserves when the creativity was definitely not there.

I have to sadly discredit the performance of Cary Elwes (from Saw franchise) as the misogynistic Professor Geldon. He failed to deliver his lines with an authenticity, instead opting for a shoddy, monotonous performance which was laughable throughout. As such, his antagonism didn't seem as threatening especially when his dialogue was like a 'slap in the face'. Someone needs to remind Cary that he is playing the part of a deranged Professor, not some C-grade horror movie protagonist who is squaring off against genetically mutated Cardboard spiders.

I definitely commend the filmmaker's attempt to display the horrors of misogyny and patriarchal dominance. It is an interesting premise to focus on, shedding light on the physical, emotional and psychological toll women endured by powerful men. However, the final product was lacking in the choreography, poor acting and various plot holes. This led to a confusing and shoddy last act, which became too derivative and lacking the emotional input to elevate it to the level it deserves. The lack of input into authentic acting is largely to blame for the failure of the filmmakers to effectively bring out an important message.

Sadly, this film will only gain credit for being ambitious, and that's about it. It failed to reach a level of authenticity where I could feel/ react to the various circumstances. Instead, I was left confused the whole through, often questioning unnecessary decision-making by the filmmakers. 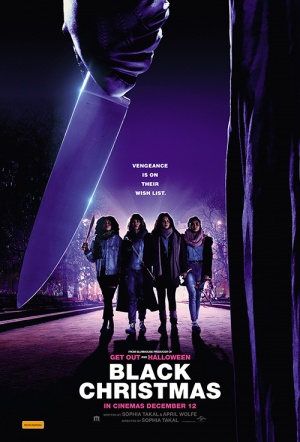