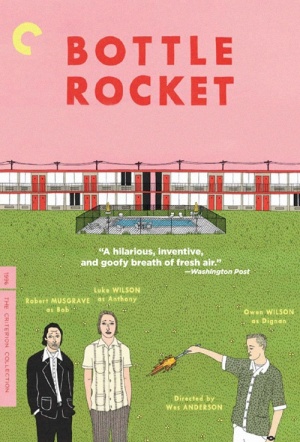 The debut comedy from Wes Anderson (Life Aquatic with Steve Zissou, The Royal Tenenbaums), starring brothers Luke and Owen Wilson. After leaving his voluntary confinement in a mental home, Anthony (Luke) joins his friends Dignan (co-writer, Owen) and Bob (Robert Musgrave) in an attempt to live a life of crime.

In need of direction, more than the spoils of robbery, the three polite young men prove rather inept. After a misguided heist at a bookstore, the trio head out of town to a remote hotel, planning to lay low until they can return to join a gang of supposed professional criminals lead by the infamous Mr. Henry (James Caan).