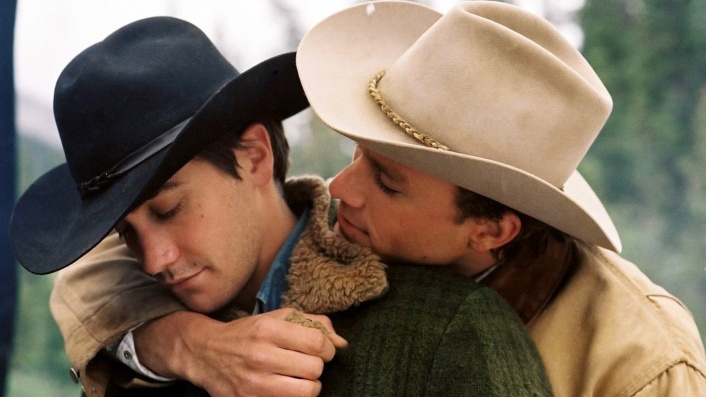 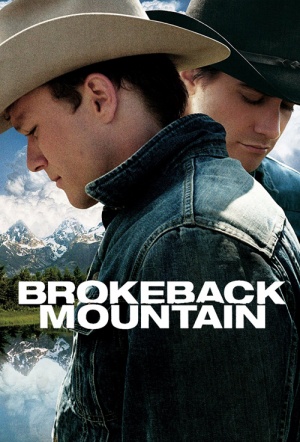 In 1963 two farmhands (Gyllenhaal and Ledger) meet whilst tending sheep on a remote mountain, Brokeback Mountain that is. During these long months they form a friendship that sneaks its way into a sexual one. Once their job is done, they're back to their former lives and communities where homosexuality is not tolerated. Despite both marrying, the romance and connection they share will haunt them over the next two decades.

The filmmakers have focused so intently and with such feeling on Jack and Ennis that the movie is as observant as work by Bergman...

A wonderful meditation on longing and regret shot with an eye for classic Hollywood. Gyllenhaal gets the show-role, but Ledger's buttoned-down performance is a triumph of quiet complexity...

While the notion of gay cowboys may induce some sniggering in the back row, Brokeback Mountain is a masterclass in subtle directing. That's not to say Ang Lee shies away from sex; indeed the passion between the lovers is shockingly brutal. But it's a testament to his sensitive handling, and fearlessly vulnerable performances by Jake Gyllenhaal and Heath Ledger, that this love story between two ranch hands stands for something essentially human. It is both raw and exquisite...