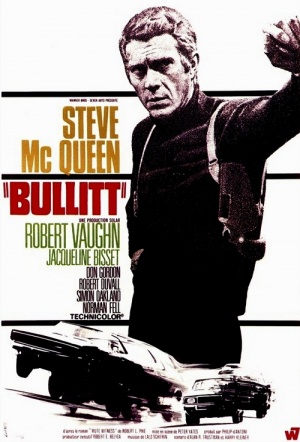 Set in San Francisco, detective Bullitt is assigned to protect mafia informant Johnny Ross (Pat Renella) who is scheduled to testify against members of the Mob before a Senate subcommittee. A pair of hitmen discover their secret location, with fatal consequences. Bullitt decides to investigate the case independently but is stonewalled by ambitious senator Walter Chalmers (Robert Vaughn).

About the best action movie of recent years.

Even though the story almost makes no sense... Bullitt is an exquisitely satisfying motion picture, particularly if there is still an adolescent boy lodged somewhere in your psyche.

Stlick, stylish and ineffably cool, this was perhaps McQueen's defining role. Also mention goes to the uncreditied star of the film; San Francisco.