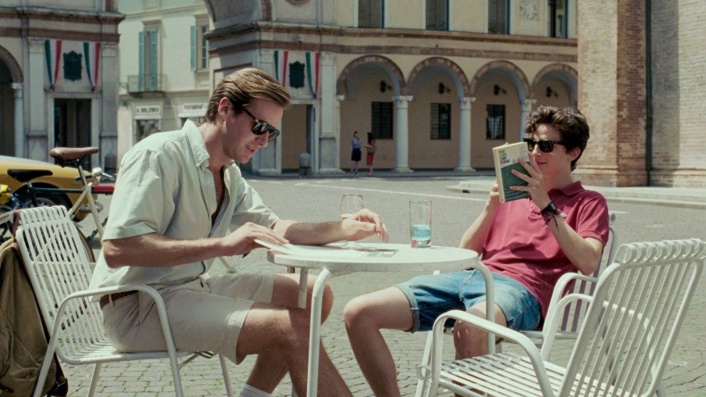 Call Me by Your Name 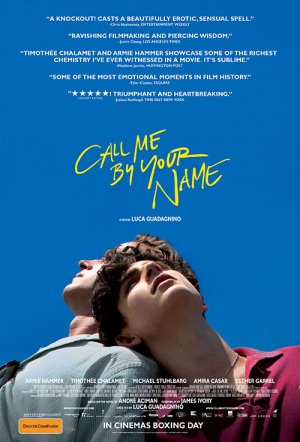 Filmmaker Luca Guadagnino (A Bigger Splash) directs this 1983-set tale of a blooming intimacy between two young people who share the summer together. Newcomer Timothée Chalamet, whose performance earned him an Oscar nomination, plays a young man who experiences his first earth-shattering love when he encounters visiting scholar Armie Hammer (The Lone Ranger). Adapted from Andre Aciman's novel by costume-drama vet James Ivory, who won an Oscar for the screenplay.

Entering awards season strongly, Call Me by Your Name was nominated for Best Picture at the Academy Awards, Best Motion Picture - Drama at the Golden Globes (along with acting nominations for Chalamet and Hammer), won at festivals and other awards shows, and has been selected by the National Board of Review and American Film Institute as one of the top 10 films of 2017.

Call Me by Your Name / Reviews

I’m still uncertain if I buy 31-year- old Armie Hammer as a 24-year- old, but man, Luca Guadagnino’s Call Me by Your Name sure does sell its love story. Adapted from Andre Aciman’s novel by costume-drama veteran James Ivory, this is one sublime, exhilarating, tale of the Great All-Consuming First Romance.

Guadagnino recreates Elio’s life-changing summer with such intensity that we might as well be experiencing it first-hand.

Has a choking emotional intensity that will be apparent to anyone who’s ever dared to reach out to another.

You don't just watch Luca Guadagnino's movies, you swoon into them.

A masterful work because of the specificity of its details.

A film that touches everyone. Sensational.

One of the very best films of the year. Guadagnino, a master cinema sensualist, and his award-calibre actors Chalamet, Hammer and Stuhlbarg create a love story for the ages and a new film classic. Let it in.

The chemistry between the men is palpable, but what's more important, they convey their characters' complex emotions, expectations and thoughts without necessarily opening their mouths.