The film-making energy of Brian De Palma, director of classics Carrie, Scarface and The Untouchables, is only slightly felt in this 1993 crime thriller.

The movie follows Carlito Brigante (Al Pacino), a man who served only five years of a 30 year sentence, (thanks to his slippery lawyer played by a rather bothersome Sean Penn), to be released in search of a life of paradise. Unfortunately, he is dragged back into his life of debauchery and criminality as he tries to escape his scandalous counterparts and live a new life of love and luxury.

What this film DOES have going for it, is its script and performances. De Palma has always been a fantastic storyteller, and David Koepp's script fits perfectly with his tense and dramatic style. Accent-proficient Al Pacino is solid, but not spectacular, in another typecast role as a gangster trying to keep himself clean and rehabilitated. The most notable star, though, is Sean Penn. Penn plays David Kleinfeld, Carlito's lawyer, a cunning criminal himself, who ends up stealing $1 million from a highly-respected Italian mob boss. Also starring in this movie is the beautiful Penelope Ann Miller as Carlito's love interest, and John Leguizamo as an ingratiating but obnoxious gangster from the Bronx. One of the highlights of the movie, is the final act. It contains a very exciting and tense scene which involves Carlito being pursued by several Italian gangsters, as he attempts to flee to Miami with his lady-friend.

What this film certainly DOESN'T have going for it is its sense of audaciousness. Carlito's Way has a couple of bloody scenes, but I certainly felt like De Palma was playing it safe on this one. The Brian De Palma that directed Scarface would have felt it his obligation to include more scenes of violence and chaos, but Carlito's Way feels like a failed attempt at a disquieting character study, rather than a thrilling gangster flick.

Carlito's Way has, surprisingly, a lot of lovey-dovey, sentimental scenes. Al Pacino and Penelope Ann Miller may have enough chemistry, but the scenes detailing their sappy relationship shun out the interesting centre premise, and the movie is too heavily romanticised. One scene in particular is the scene where Carlito tries to make amends with Gail (Miller) due to his drunk lawyer's antics, which seems to be pulled straight from a Hugh Grant movie. Gail entices Carlito, in a soft, demulcent tone, to literally break into her home and make love to her. The next scene of them in bed the next morning sees them having a quarrel like a middle-aged married couple, with an intentional saccharine soundtrack playing over it. Hell, the leading song of the movie's soundtrack is "You Are So Beautiful" by Joe Cocker.

The movie is worth watching because of the two leads, but Carlito's War is too sentimental and romantic for De Palma to do himself justice. You would be better off watching The Untouchables, Scarface or even Mission: Impossible, but it's entertaining enough to prove a fitting distraction.
0 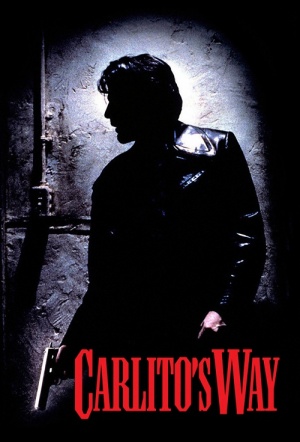