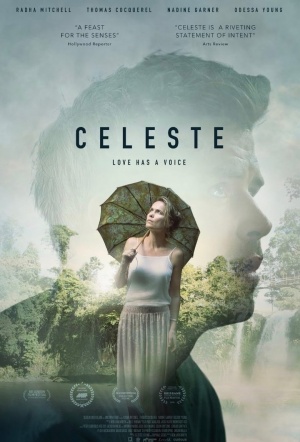 Radha Mitchell (Silent Hill) leads this Australian drama that explores the relationship between a troubled opera singer and her stepson.

"Marking a return to intimate, character-driven storytelling for High Art star Radha Mitchell, Australian writer-director Ben Hackworth’s second feature unfolds amid the ruins of a real-life gothic estate, decaying deep in the rainforests of northern Queensland. Mitchell plays prematurely retired opera singer Celeste, who gave up a celebrated career to live privately with the man she loved. Ten years after his tragic death, she’s decided to perform for one final time in the grounds of her crumbling home, but requires a favour from estranged stepson Jack (a brooding Thomas Cocquerel). Charismatic yet troubled, Jack’s presence prompts the unravelling of a complex web of family secrets." (London Film Festival)

The lush Queensland rainforest is the star of this episodic Australian melodrama whose mood lingers but our interest wanes, amid secrets, longing and regrets.

Celeste lacks vitality; it lacks energy. There are times when one wants to grab the film and shake it to life.

The lush tropical greenery of Australia's north-eastern reaches makes a resplendent backdrop in Celeste, but it's Radha Mitchell who blooms in this admirable, affecting and operatic drama.

As an old-fashioned star vehicle for Mitchell, Celeste passes muster, with few of her (human) co-stars making much impact in her slender but imposing shadow...

...a strange cinematic experience, but its rewards (including superb supporting performances from the always excellent Nadine Garner and dazzling talent-on-the-rise, Odessa Young) are well worth searching for.